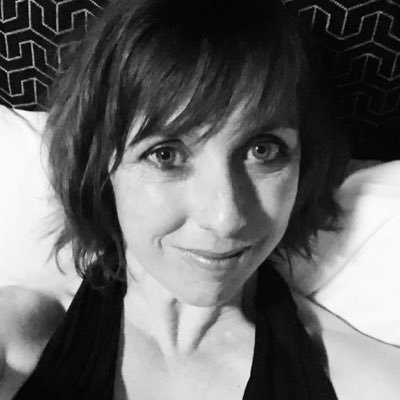 In my ongoing quest to make more people read female authors and give them the spotlight they deserve. I am delighted to welcome Sam Hawke writer of the multi award winning City Of Lies for a insightful interview into her work.

DS: Sam thankyou for agreeing to do this interview. Its pleasure to have you on my blog today.

SH: Thankyou for having me. Its great to be here.

DS: So to start us off. For readers who aren’t familiar with you as a writer would you mind telling us a little about yourself and how you first got into writing?

SH:  When I took friends home for the first time as a kid, the first reaction they always had was to gape at the books. Our lounge room had ten foot floor to ceiling bookshelves on the walls, and though this was completely normal to me, it was obvious that we had more books than any of our friends had ever seen in a house before. Which is to say, I grew up in a house completely stuffed with books, with parents who always read to us and took us to the library regularly, and siblings who were big readers; books were always such a critical part of my life that the second I figured out writing them was a thing you could do, it was the thing I wanted to do.

How seriously I took the idea that I would one day be published varied over the years. I was still in primary school when I made my first effort to write a terribly derivative Enid Blyton-esque adventure novel (an upgrade from the previous attempts at stapling lots of paper together and writing Very Exciting chapter names on each one, and not much else), and in high school when I started on my first (bad) epic fantasy. I did a lot of editing for other people during my 20s and then started writing again in earnest when I was home looking after my first kid, because by then I’d figured if I didn’t do it then I never would.

DS: Wow sounds like a fantastic upbringing! Numerous poisons feature heavily within City of Lies. How much research did you do on poisons? Why did you decide to make them so important in your story?

SH: The first idea I had for City of Lies was tied very closely to poisons; Jov and Kalina came to me, more or less as they ended up, inexorably connected to their family’s job. Poisons were part and parcel of the characters, and it was a secondary step to start building a world around them that would make sense of who they were – what kind of society would have the need for a role like that? Why were poisons, rather than any other kind of violence, the attack of choice for powerful people?

I did do a lot of research on poisons, especially naturally occurring ones and poisons that were popular historically (I even had a good wander through a few poison gardens in Europe, which was a lot of fun!), but only as an influence rather than an instructional manual. I used fictional poisons rather than real ones for a couple of reasons. First, since I was writing a relatively low-magic fantasy, I wanted an opportunity to make the world feel different, and flora and fauna are a good non-supernatural way of establishing that feeling of a world not our own. Second, I wanted my readers to be in the same position as the protagonists, so if Jov didn’t know what a poison was, I didn’t want readers to be able to think, ‘oh that’s obviously arsenic’, or whatever, and solve things for him. But having said that, a lot of my fictional poisons are based loosely on real ones to help me along! I left a few clues in the names so keen eyed readers can probably spot some similarities.

DS: What do you think makes a perfect fantasy novel and why?

SH: Ha, there’s no right answer to that. What I might look for in a story might be entirely different from what you look for, or my neighbour looks for, or even a past version of myself looked for. For me it’s always about capturing that indefinable combination of characters and a world I want to spend time with, and a story that makes me feel things that linger past the closing of the book.

Well, that any anything Robin Hobb wrote.

DS: You write some unique viewpoints in City of Lies. Telling the story from the perspectives of individuals tasked with protecting their families. What challenges did these viewpoints present? What made them appeal to you?

SH: Fantasy is full of assassins and warriors and magicians and heroes, and I love these staples of our genre as much as anyone. But I’ve always been very interested in the characters working behind the scenes – the advisers and sidekicks and friends, the Sam Gamgees of the equation – and I also enjoy reading characters who play outside the usual gamut of professions and skillsets.

In particular, having two main characters who lack combat skills was something I wanted to explore because even though I love me a bit of cool fighting, I do think there’s a cultural over-reliance on violence as a solution in fiction. In fantasy so many problems are solved through violent conflicts. If your main characters’ best skills are ‘taking reeeeeally good tasting notes’ and ‘listening quietly’ then you can’t write the same story as if they were bad-ass ninjas. It forces you to think about different ways of telling a story.

DS: Awesome I love that answer. What kind of writer would you say you are and why?

SH: Oh, a disorganised and often reluctant one, I suppose. I love the feeling of having done the work, and I love the buzz of an idea coming together in my head (or, as often happens, solving a puzzle I left myself earlier, because Past Sam is something of a jerk) but how I feel about the actual process of writing is frequently more like something out of “The Unstrung Harp” (Dreadful, dreadful, dreadful!).

DS: What topics would you like to write about in future and why?

SH: I never plan by topic, so I’m afraid I can’t tell you until I start.

SH: Ha, I can’t be objective about that – I sound like me to me. You guys will have to make your own calls about who I’m like in style. In terms of influence, I’m sure I’ve taken it subconsciously from all over the place! In terms of what I wish I could do, as I said before, Robin Hobb’s books are everything to me, just… perfection. Everything you need to know about character and consequences, you can get from reading her work. When I was knuckling down and imagining an actual career in this field I also found the array of wonderful SFF writers from the 90s and 00s – people like Katharine Kerr, Kate Elliott, Melanie Rawn, Guy Gavriel Kay, Lynn Flewelling – and particularly the strong crowd coming out of Australia like Sara Douglass, Trudi Canavan, Glenda Larke, Garth Nix and Kate Forsyth, hugely influential. Strangely enough, considering I only ever wanted to write SFF, I also learned a lot about pacing, tension and unreliable narration from reading old Alastair McLean spy novels in my teens!

DS: City of Lies is book one of a planned trilogy is that correct? If so, what can we except in the next two books, and when are they scheduled for release?

SH: It will be a duology, and the sequel, Hollow Empire, is currently scheduled to come out in December 2020, if everything goes well. Knock on some wood for me, would you?

This interview was carried out over email. Thanks again to Sam for agreeing to take part. Thankyou forgiving me such thought-provoking answers. 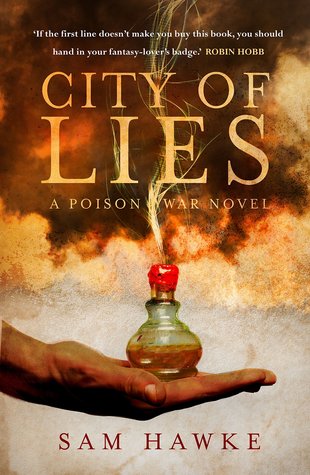